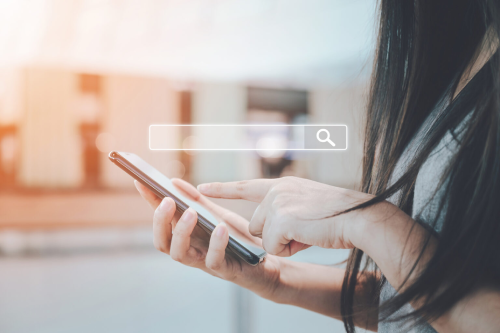 Despite being well into 2022, Google algorithm updates from 2021 continue to impact search results and page rankings for businesses around the world.

The batch of Google updates made throughout the 2021 cycle not only upended a lot of SEO rollouts and plans across the digital marketing community. They also led to significant ranking losses that continue to be felt to this day, wreaking havoc on search visibility and web traffic numbers for many businesses caught flat-footed by those unexpected changes.

For some brands, declining search rankings have resulted from the inability to detect and respond to issues quickly. For others, those online problems were made worse by panic, an overreaction to a broad core algorithm update or other major algorithm change that created more problems than it solved.

On the other end were brands that recalibrated their SEO strategies and regained some of the ranking losses absorbed over the last year. In some cases, businesses ended up ahead of where they started, building long-term marketing and outreach efforts that have fueled growth no matter what major algorithm update slammed into the digital shore.

Either way, the 2021 batch of Google search updates continues to reverberate and affect how business websites rank and reach new customers. Knowing which 2021 updates still matter and which ones don’t is key to making the right adjustments and building a site that thrives in search results.

Here’s a look at each notable Google update that shook up 2021, as well as the lingering impact those updates are having on the current SEO community.

Each year, Google makes a number of minor and major core updates designed to improve its algorithm and deliver better results to users. In most cases, it’s the broad core update and updates you should be most worried about, as these tend to have the most impact on your website rankings and how your business fares for consumer and industry search queries.

That said, you may be asking yourself which core algorithm update made the biggest impact on the search community and your business in 2021. To help, we’ve identified the minor and core updates you should know and adjust for in the year ahead.

About this result (feature update, February 2021)

Released in early February 2021, the Google announced “About this result” feature was created to provide users more info on each website showing up on search pages.

Since this update, Google has included a new icon (three vertical dots) next to most individual search results. This menu option directs users to information on each site’s connection (secure or unsecured), when it was first indexed in search, etc. Google sources this information mainly from Wikipedia and existing Google services.

The “About this result” tool is seemingly still in user testing mode, as Google has yet to remove the “BETA” label from the feature. Google has not rolled out any new updates to this feature as of this writing.

Initially referred to as “passage indexing,” the Google passage ranking update was made to improve Google’s understanding of the context surrounding important passages or sections of web page content. By gaining a clearer understanding of passage context, Google’s update aims to pick out and point to the most relevant and authoritative content after each user’s query.

Though not an earth-shattering broad core algorithm update, Google passage ranking technology is on track to eventually affect about 7% of all global searches, at least according to the search engine giant. And if that’s the case, chances are it will impact a number of business sites and site owners well down the road.

While not confirmed by Google, an algorithm update in late February 2021 seemed to generate a marked decrease in featured snippets on desktop and mobile searches. The somewhat sudden drop in featured snippets this month made a powerful impact on many major industries, with significant snippet drops across finance, healthcare and education-related searches.

While this update had a very real impact on search, its footprint was mostly found across specific industry searches and shorter, more competitive keywords. One prevailing theory is that this update fits a larger search features pattern, one in which Google hits a certain limit and starts dropping feature volume to ensure the best results possible.

It wasn’t long after the featured snippet dump update that all snippets were restored, leaving many scratching their heads about the rapid shift in strategy. Google execs didn’t confirm that the recovery was intentional. However, they did argue that the drop-than-return phenomenon was simply the result of an ongoing feature improvement process designed to continually boost user experience. This update was not a core update.

Mobile-first indexing has been in the works for a while, but it wasn’t until Match 2021 that Google really got the ball rolling on its official mobile-first rollout. First floated in 2016, Google announced its intention to move forward on mobile-first indexing over four years later–a rollout that was further delayed due to COVID-19.

While not a core update, Google’s 2021 mobile-first indexing launch is sure to impact business website visibility and traffic for the foreseeable future. Those without mobile-friendly platforms or a strong focus on mobile experience are expected to lose ranking power, search competitiveness and organic site traffic well into 2022 and beyond.

Google’s 2021 product reviews update wasn’t a broad core algorithm update, but rather a change to how Google’s algorithm values and ranks online reviews. This update was aimed at rewarding in-depth, data-rich product reviews over those with less substance, giving a bigger search engine boost to reviews containing thorough product analysis and expert opinion.

As a result of this update, many websites featuring product reviews experienced a dramatic drop in ranking. Those that moved fast and adapted a better review branding strategy recovered relatively quickly. Many others failed to pivot and continue to struggle with the fallout, though it’s not too late to shift focus and provide Google the quality reviews it’s searching for.

Short for Multitask Unified Model, Google’s MUM update in 2021 was released to simplify the user search process by eliminating the need for multiple searches and delivering better, more complete answers to queries.

A natural language model powered by an AI-based algorithm, MUM aims to utilize and process contextual info from a variety of sources to provide better answers and make searching easier. It can also process and understand multiple languages (up to 75) as well as images.

Because of its focus on context and comprehensive info, the MUM Google update makes it essential to incorporate long-form optimized content and long-tail keywords into your content and web marketing strategies, at least on a nominal level.

Those affected most by the rollout included Your Money or Your Life (YMYL) web pages and advice-based content centered on topics pertaining to education, law, finance and health. It’s estimated that YMYL pages absorbed the brunt of the update’s impact.

As one of Google’s core algorithm updates, this one is at least partially guided by the principles of E-A-T (Expertise, Authority and Trustworthiness), an approach Google generally relies on to score and rank web content. Site owners and marketers effectively leveraging an E-A-T approach to content are the most likely to limit the damage and achieve the best search engine recovery.

The June 2021 Google Page Experience update added a new ranking signal to the Google search algorithm, combining elements of the Google Core Web Vitals update with then-current user experience factors (HTTPS, mobile-friendliness, etc.) to affect how web pages rank in search. This initially included safe browsing as part of the ranking signal update, though this was later dropped from the mix.

As far as this update is concerned, SEOs and content marketers should be prepared for long-term impact. The Google Core Web Vitals update looks to be an increasingly important ranking factor in the year ahead.

June brought two of the four total spam updates launched by Google in 2021. According to Google, each spam update was worldwide and covered both image and webpage results, meaning local search queries were not affected.

While these spam updates made an impact on global web search results, the effect was limited compared to other core updates.

The second broad core algorithm update was the July 2021 core update. This follow-up to June’s core rollout created ranking havoc for websites and businesses across mobile and desktop SERPs. Those hardest hit by the update tended to be businesses in arts and entertainment, gaming, telecom and internet services, and online communities.

Google’s July 2021 link update targeted spammy links across the world, affecting links not only populating English language queries but across multiple languages. This link spam update sought to identify and ignore any link Google considers spam, highlighting the importance of adhering to link best practices as much as possible.

Google sought to improve page title generation with the Page Title Rewrites process, designed to produce page titles that are less spammy and better match user queries across the board.

In theory, Google’s Page Title Rewrites update doesn’t affect page ranking. Yet, it can alter title tags if Google’s algorithm finds them insufficient, spammy or irrelevant. This makes it important to avoid lengthy, keyword-stuffed title tags at all costs, and to make sure each webpage on your site has a short, concise title tag that aligns with your content.

The spam update Google announced in November focused on spammy content and any page content strictly against Google guidelines. So far, this Google released update resulted in sporadic ranking problems, but nothing consistent.

Google confirmed the launch of its third broad core algorithm update just before Thanksgiving, taking many digital marketers and SEOs by surprise with an unusual end-of-year core rollout.

November’s core Google algorithm update shook up Google search rankings much more than the July rollout, which caused higher rates of volatility across both mobile and desktop results pages.

With its 2021 local search update, Google sought to recalibrate local ranking signals by giving factors like location (proximity) more impact over keyword-loaded brand names. Subsequently, those with keyword-centered names once at the top of local search rankings have experienced a significant decline in visibility.

To mitigate this problem and prepare for what’s ahead, brands that rely on local search should look to Google’s local SEO guidelines, found here.

To recover from this update, Google recommends including more interactive media content near the reviews featured on your site. It also suggests including links to multiple merchants on your reviews feature page.

Because reviews are such an important part of rankings and business reputation these days, it’s best to optimize your review promotion strategy and build in safeguards now.

Want to boost your search rankings?

Our team specializes in SEO strategies that improve your search visibility and help you dominate the competition.

A new year brings a unique opportunity to spotlight your brand, supercharge your outreach strategy, and build connections that empower long-term success. We all know that marketing is essential to business growth. However, an ad hoc approach involving a spur-of-the-moment podcast or rapid-fire blog post generally isn’t that effective.  To achieve the highest ROI on […]

END_OF_DOCUMENT_TOKEN_TO_BE_REPLACED

WE WORK WITH ALL BUSINESSES AND INDIVIDUALS
GET STARTED TODAY !